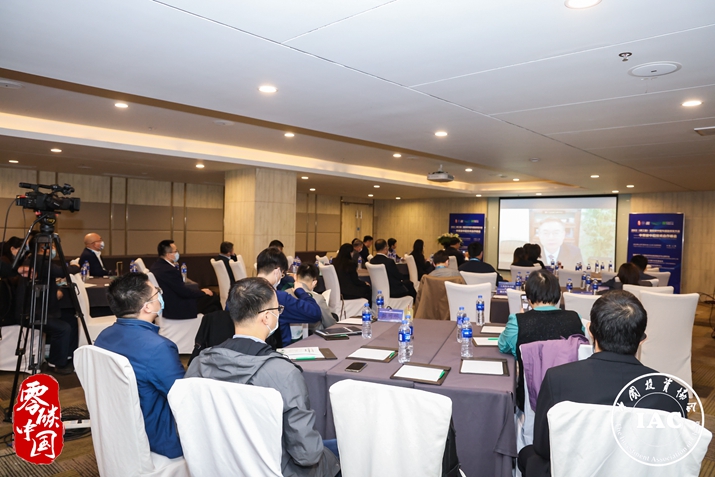 Promoting green, clean and sustainable energy development to achieve the goals of carbon peaking and neutrality is core to addressing climate change. In this field, China and the U.S. share many interests and much space for cooperation, experts and entrepreneurs from both sides said at the China-U.S. Carbon Neutrality Technology Cooperation Summit in Shanghai on November 7.

“As permanent members of the UN Security Council, the largest developing country and the largest developed country, China and the U.S. bear a special and important responsibility,” Li Qiangmin, a former consul general at the Consulate-General of the People’s Republic of China in Houston, Texas, the U.S., said via video link, adding China and the U.S. should join hands and provide the greatest anchor for world peace, stability, development and prosperity.

Due to a range of reasons, the countries are going through some of the most difficult times since the establishment of their diplomatic relations 50 years ago, “I hope energy cooperation can become a major highlight of Sino-American cooperation and help the two countries get back on track,” Li elaborated.

The summit was part of the third International Carbon Neutrality and Green Investment Conference on November 7-9, taking place on the sidelines of the fifth China International Import Expo (November 5-10).

Experts and entrepreneurs from both sides discussed new energy technology cooperation at the summit.

Mitchell Stanley, Chairman of the U.S. National Center for Sustainable Development headquartered in Washington, D.C. echoed Li and said, “In a healthy relationship, it seems to me, we need to build upon what we have in common, contribute a fair share and repeatedly try to find common ground.”

Problems can be solved and mutual benefit will become the basis for renewing an old and good respectful friendship, Stanley added.

“There is no doubt that only through multilateral cooperation will we be able to reach the ambitious goals of carbon peak by 2030 and carbon neutrality by 2060,” Neil Bush, President of the George H.W. Bush Foundation for U.S.-China Relations, said on November 8 at the main conference.

Chinese engineers working with the U.S.-based team are building the first commercial scale energy storage and power generation project in Rudong County, Jiangsu Province, according to Bush. “To address climate change we need to see many more such collaborations inviting the best technologies to be applied in China and globally,” he added.

Bush said he intends to use the foundation and his own business activities to bring parties together and forge important diplomatic and business connections.