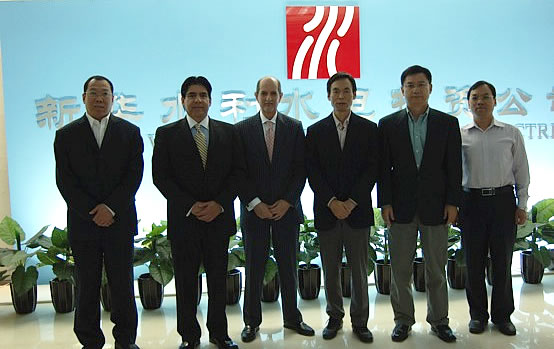 Mr. Ding Shuangyue, President of Xinhua Company, Mr. Eric Fang, CEO of Sinoaccess Corporation and Co-founder Nicaragua Development Group Holdings S.A., Mr. Javier Lacayo, Founder and President of Nicaragua Development Group Holdings S.A. (“NDG Holdings”) and Mr. Mauricio Godoy, Vice President, Project and Market Development of NDG had a meeting to present a few of the hydroelectric projects that are ready to be developed in Nicaragua, and discussed the potential cooperation in the area of renewable energy and especially in hydroelectric projects in Nicaragua. Mr. Eric Fang expressed that all parties are very pleased on this great successful beginning, and looking forward to the great cooperation achievements between the NDG and Xinhua in the energy sector in Nicaragua.

Nicaragua has a renewable energy generation potential of more than 4,500 MW distributed in Hydroelectricity, Geothermal, Wind Energy and Biomass. At this moment the Government of Nicaragua has established as its priority to grant concessions to generate energy from renewable sources.