What Could Possibly Repair The U.S.-Chinese Relationship? U.S. Energy Exports 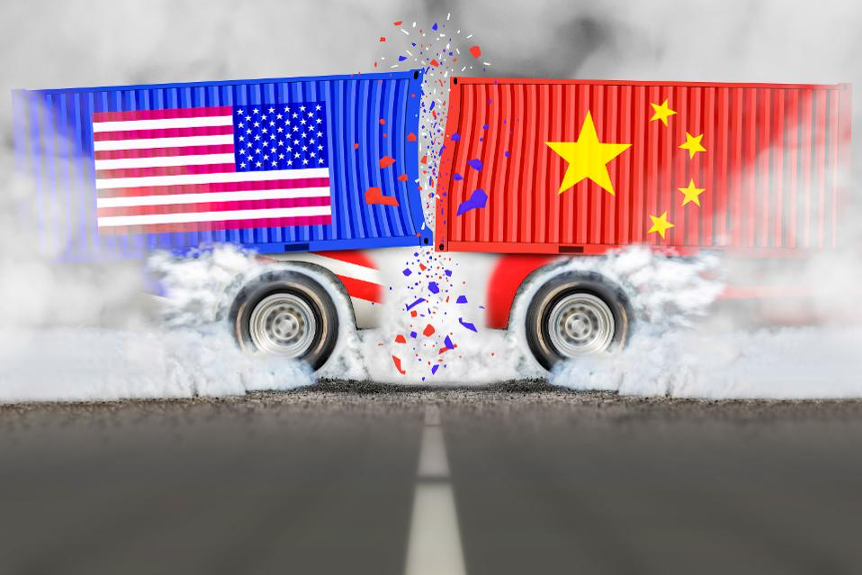 The United States and China have spent more than 40 years building a relationship by increasing their economic, academic and political connections — a bond that even withstood the 1989 Tiananmen Square protests. But the relationship is now so frayed, concerns exist that it may never fully heal.

The election of Donald Trump to the presidency and the fervor with which he brought to fair and open trade is at issue. While it is no doubt an honorable goal — and one pursued by every president since Richard Nixon — the tariffs that he has implemented on Chinese exports have hurt American businesses and have done lasting damage to the 40-year courtship between the two nations.

The political price on Trump is taking its toll, costing him, perhaps, some support among natural gas and oil developers who fear that they may lose access to China that needs oil and gas to grow its economy. As Chinese leaders have emphasized, they can get those natural resources from regions that, logistically, make more sense: Australia, Qatar and Russia, which is already working with China to build pipelines and to supply oil. And once China signs new long-term contracts with other suppliers, it will be too late for American producers.

China, for example, imported $254 million in liquefied natural gas, or LNG, from the United States in January 2018. But after May 2019, those imports stopped.

“Phase One” of any resolution was announced in December. Still, it is hard to see how China gets past several obstacles: For starters, there is the conflict in Hong Kong — one in which it feels the United States should butt out. And then there’s Trump’s call for allies to cut off Huawei, China’s telecom giant.

The general tenet of the initial agreement is that China will buy $200 billion worth of American goods and services over two years. In exchange for that, the United States will reduce some tariffs and postpone adding any new ones.

“My only question is who is the bigger enemy, Jay Powell or Chairman Xi?” Trump previously asked in a tweet, referring to his hand-picked Federal Reserve Chairman and the leader of China, President Xi Jinping. 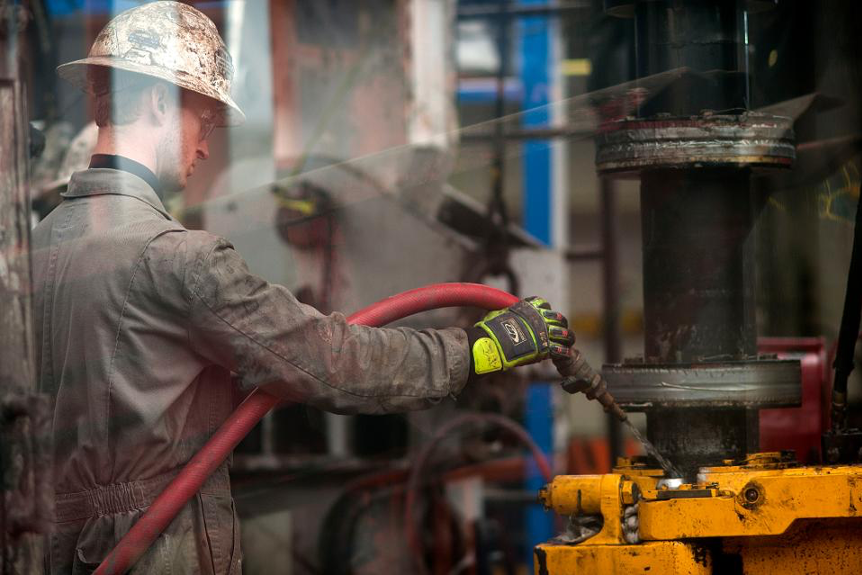 Rig hands thread together drilling pipe at a hydraulic fracturing site owned by EQT Corp. located atop the Marcellus shale rock formation in Washington Township, Pennsylvania, U.S., on Thursday, Oct. 31, 2013. Output from shale deposits including the Marcellus has surged 10-fold since 2005 to account for a third of the countryâ€¢s gas production, government data show. The increase in production is bringing development to an economically depressed region that lies atop the Marcellus shale, a rock formation that produces more natural gas than Saudi Arabia. Photographer: Ty Wright/Bloomberg BLOOMBERG NEWS

On the surface, the so-called truce sounds sketchy: If China buys from the United States, it will not be purchasing such goods and services from someplace else. That would trigger a chain reaction among China’s other trading partners. Just as conspicuous: the United States is not relying on the free market to make those choices but rather, it is asking China’s centralized government to pull the levers. It’s even stranger because Trump had previously “ordered”— via a tweet — American companies to leave China and to return to “HOME.”

“You just cannot make up US$200 billion from agro-foods and energy,” said Garcia Herrero at Natixis, in an article from the South China Morning Post.

Even before his impeachment, Donald Trump had been damaged political goods. But the president, nonetheless, has caused each side to go into its corner. China poses no militaristic threat to the western world. But it is an economic “rival” — one that requires other free market competitors to up-their-game.

China is investing abroad through its “Belt and Road Initiative” and it is doing so mostly by allocating capital to developing countries so that they can build infrastructure. At the same time, it seeking high-technology investment, as well as new oil and natural gas outlets.

China, for example, had been looking to invest $84 billion over 20 years into the state of West Virginia, all to get access to the Marcellus Shale basin. It was seeking to also invest in Alaska. In both cases, talks stopped because of the trade conflict. Along those lines, China is setting up a domestic exchange to connect myriad buyers and sellers of crude oil, LNG and carbon credits.

“China has a huge energy deficit,” says Eric Fang, president of the National Center for Sustainability Development in Houston. “Oil, LNG, liquefied petroleum gas and chemicals are much needed in China. China can invest in U.S. producers. The agreements with West Virginia and Alaska stopped because of the trade war. But there will be a turning point (in 2020) to get them going. Let’s be patient and get this going in the right direction. The LNG market has incredible potential.” 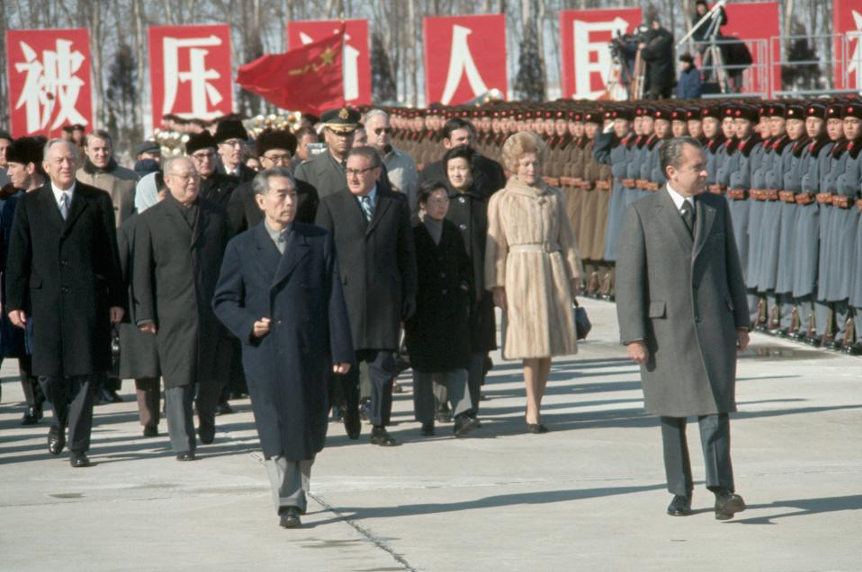 China’s economic promise is enormous, generally speaking. Bilateral trade between the United States and China reached $600 billion before the trade war. And according to Chinese data, 97% of U.S. businesses earn profits in China with 70% of those planning to expand.

Indeed, potential cooperation extends to other areas of the world. President Jimmy Carter wrote in the Washington Post that the two have a shared interest in Africa and that the continent would be a good starting point to remake the relationship. Africa is starved for investment, notably to bring electricity to the half-billion people located there without it. There are also political disputes in North Korea and Iran — ones where the two sides have a common cause. Without cooperation, President Carter wrote that he fears “a modern Cold War.”

“China and the United States are the world’s two biggest economies,” one Chinese official told a delegation of U.S. reporters in Beijing. “Stable relations serve the interest of our two countries. There is a common desire for the world-at-large. We feel the American side is always increasing its demands and changing its policies. Our policy is to regard foreign and domestic companies as equals.

“China never asks foreign companies to transfer their technology,” the official adds. “This is not our policy. We are opening up to foreign companies even wider. It might have been a problem in the past but there is no forced technology transfer now. There are mechanisms and regulations in place to deal with any abuses. Domestic and foreign companies compete on a level playing field.”

At least one Danish manufacturer with offices in Shanghai agreed, saying that the company partners with Chinese distributors because the locals know the language, culture and rules. But they sign non-disclosure agreements that safeguard company trade secrets. Others, however, said that any complaints are channeled through the regulators who write the rules, meaning they are not fair arbiters.

China’s quest to modernize its economy is on a much faster track than anyone could have ever envisioned — a society that has made economic reforms paramount to its future. Questions persist, however, as to whether China plays fairly and if not, how then to address those issues. If the Federal Reserve is right, the tariffs have been a bust. The United States should not try to isolate itself or China but rather, use engagement as the primary tool to effect change — just as every administration since that of Richard Nixon has done.